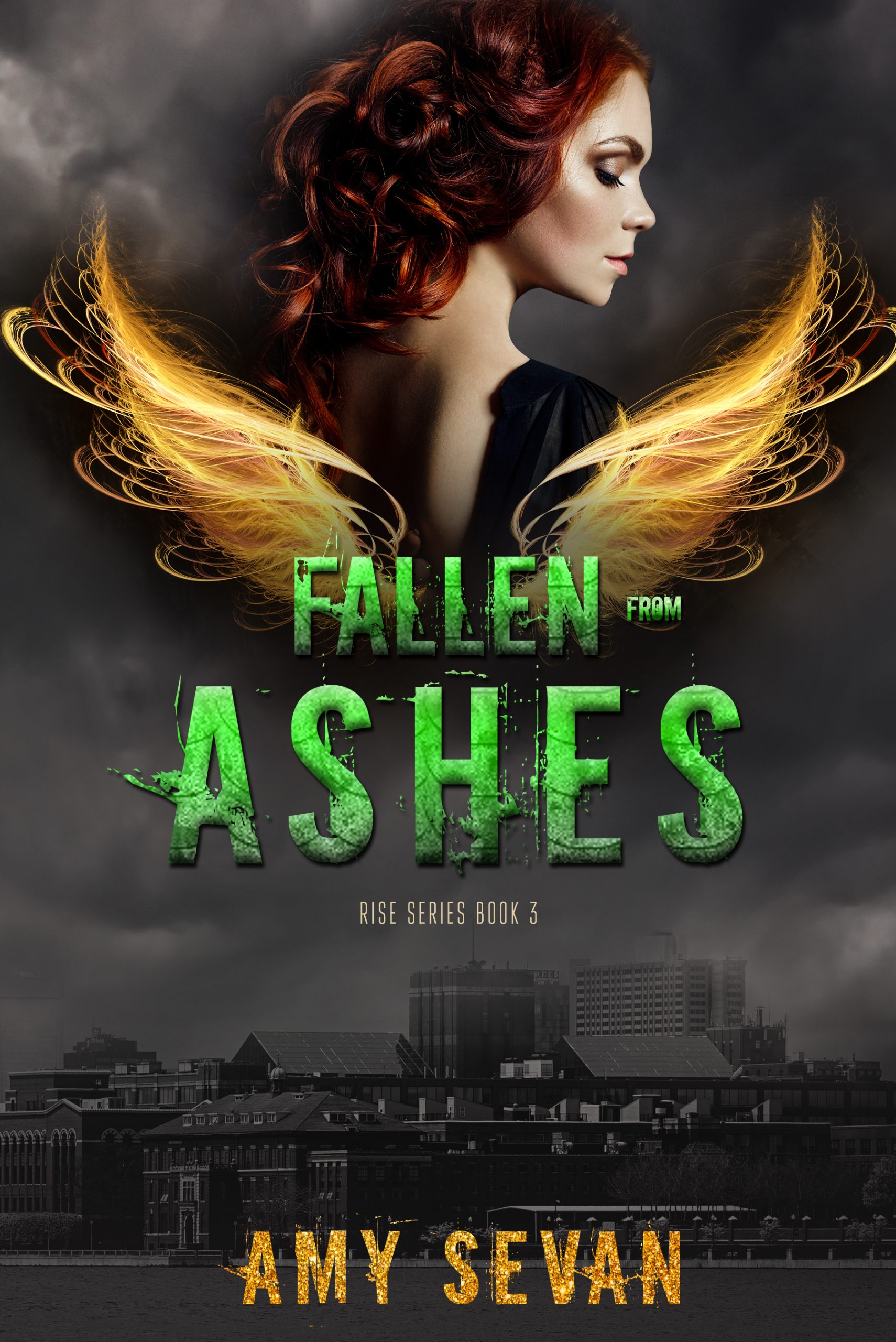 Book Three of the Rise series

When a man enlists the Guardian Army’s help to find his missing wife, Syd quickly discovers this isn’t just a housewife on the run. Syd’s city is under threat by one of Lucifer’s most devastating weapons, a horde of Adscio demons. There’s only one way to stop them: find the Prime and destroy it.

Time is running short before the possession reaches epidemic proportions, and Syd must unite her soldiers against a brutal enemy. The Adscio have been to Earth before, and they tore a festering gash into the Guardian Army which has never truly healed. But the secrets hidden inside the Guardian Army might be the most damning wound of all.

Fallen from Ashes is the third book in the Rise romantic urban fantasy series that features angels and demons, men who have no business looking that good, and a heroine learning to wield incredible power. 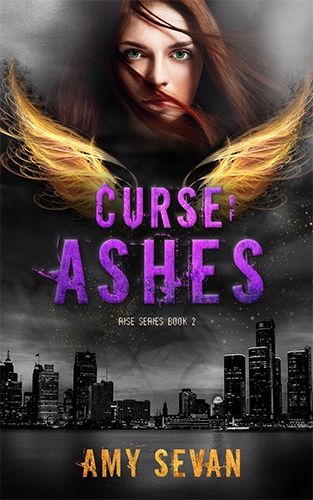 Book Two of the Rise series

Syd Hoven inherited an angelic army. Too bad she has no idea how to lead her soldiers. When the Archangel was in charge, the soldiers had access to all the power they needed to fight Hell’s creatures. Now? Not so much. The power is still there, locked away, but it didn’t come with an angelic decoder ring.

Two of her soldiers have encountered an unknown enemy their weapons can’t kill, and Syd is delivered an ultimatum: give up control of the Guardian Army or watch all her soldiers die.

To defeat the enemy, Syd must figure out how unlock the power of the Pledge and become the captain her soldiers need. But to do it, her own life might the one to be destroyed.

Curse of Ashes is the second book in the Rise romantic urban fantasy series that features angels and demons, men who have no business looking that good, and a heroine learning to wield incredible power. 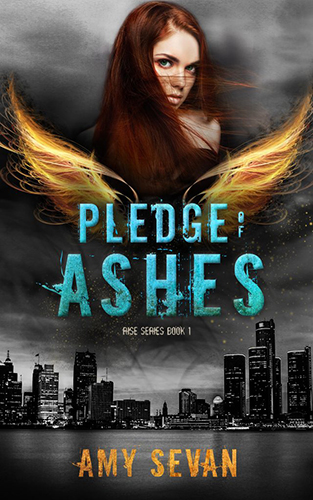 Book One of the Rise series

There’s no twelve-step program for recovering psychics, but Detroit mechanic Sydney Hoven has been working hard on her supernatural sobriety. Too bad Hell didn’t get the memo.

When Syd meets Devon on her first night back out, she doesn’t have to be psychic to see ‘really bad idea’ written all over his stunningly gorgeous face. He says an Archangel wants her protected. But why?

When one of Lucifer’s lieutenants is sent to kill Sydney, the demon might be too strong for even Devon and the angelic forces he represents. With no true allies, Syd must stand on her own, destroy the demon, and claim her power. Otherwise, staying supernaturally sober might just kill her.

Pledge of Ashes is the first book in the Rise urban fantasy series that features angels and demons, men who have no business looking that good, and a female heroine who is learning to wield incredible power.

Get updates on new releases and giveaways

Note: this is a private list—your email address will not be shared, and you can always easily unsubscribe at any point.

We use cookies to ensure that we give you the best experience on our website. If you continue to use this site we will assume that you are happy with it.Ok